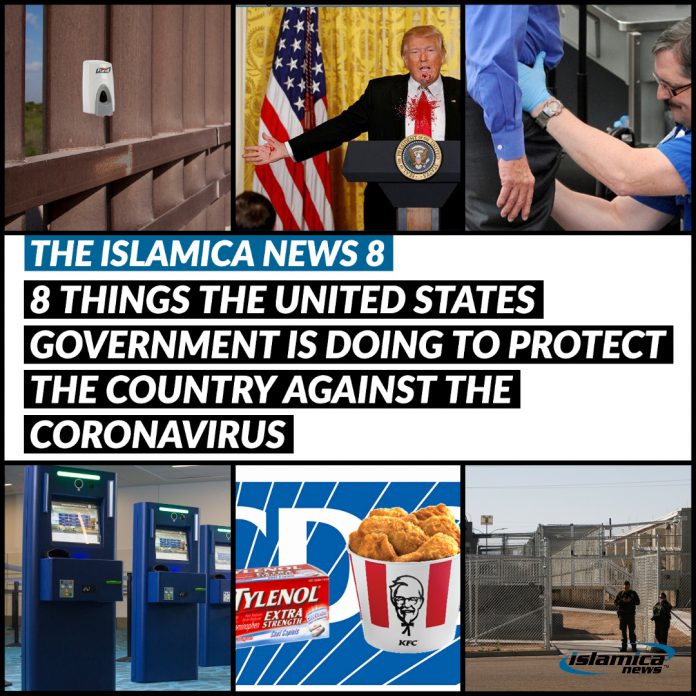 As the coronavirus pandemic sweeps through the country, Islamica News highlights 8 key things the US government is doing to protect Americans. Swipe through the below gallery to find out! Follow @islamicanews for ongoing coverage of the pandemic.

Chicago, IL – A nonprofit organization monitoring the nation’s mental health issued a troubling report which showed an increase in trauma among children who have had to endure their father’s constant flatulence while subjected to home quarantines. The published study showed kids that were exposed to “daddy stinkies” for an extended period of time were more likely to exhibit symptoms of grief, including short bouts of screaming words like “ewwwww” either alone, or in unison with their siblings.

“We’re detecting elevated levels of methane exposure with some of these kids,” says Dr. Saima Khan of the National Alliance for Pediatric Mental Health.

Area father and working from home professional Faraz Ahmed showed no remorse, as he justified his behavior with his own two children.

“The way I see it, they came from something inside me, they can handle the other stuff inside me too,” said Ahmed as his kids dry heaved behind him.

Anxious to get the economy moving again, President Trump said the American people were eager to climb over victims of the current coronavirus pandemic, in order to get back to work.

“People all over have been telling me – and these are good people – they’re telling me they won’t mind climbing over or driving around bodies to get to work,” said the President at a daily task force press conference.

“And i’m hearing some people are now cured with a Mentos and a cough drop, which, as you know i’ve been saying for a year.”

Trump then announced his plan to send every surviving American a catapult to get a leap over any cadaverous barriers during their post Easter commutes.

Your friend who rarely ever prays wants you to know he’ll definitely keep you in his duas. By some miracle perhaps he will, but most probably not since the last prayer he offered was 3 years ago on Eid.

The Islamic community in Memphis was ecstatic after it appeared that a recent incident of vandalism was done by a well informed and learned islamophobe.

“The last guy who vandalized our mosque used all sorts of misspelled verbiage, and spelled Muslim with a Z and an O,” said Imam Abdul Saleem. “It’s good to see the fruits of our efforts on display here… right next to a giant swastika.”

Community members were also impressed that the vandal removed his shoes before entering the prayer hall to smash glass and litter it with pig heads.