Islamica News Asks: As a Muslim-American, do you celebrate Christmas? 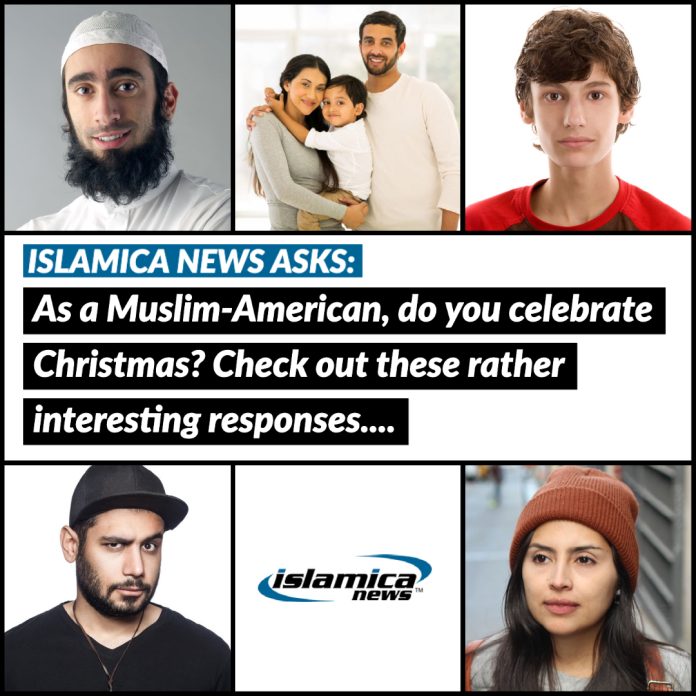 For many Americans, the holidays can be a beautiful time of year. For others, it can be rather awkward. Islamica News asks 5 Muslim-Americans if they celebrate Christmas. Swipe through to read what they had to say!

An internal investigation into a Ohio area mosque revealed that all 5,043 attendees were working diligently as FBI informants seeking to incriminate one another.

Mosque officials conducted a full readout of the results from the shocking month-long probe, to worshippers at last week’s Friday prayers.

“We’ve always suspected a government operative had infiltrated our sacred space, but the extent of this surveillance is mind boggling,” announced mosque President Khalid Hammad shaking his head before running through a long list of individuals involved.

“Folks who worked with the FBI include our very own Imam, our resident muezzin, the announcement dude, the guy in the hallway who dishes out extra judgmental stares every week… even the crying 2 year old kid from the sisters section was in on it.”

As Hammad continued to call out members, visibly red-faced patrons looked down in embarrassment and avoided eye contact with each other.

“We caught that uncle from the wudu area who clears his throat so loud the entire mosque can hear, trying to rat out the other uncle who over dramatically blows his nose for an hour. We also found men in the bathroom stalls trying to entrap each other, but the recorded audio was completely muffled by all the ghusal-ing.”

Hammad condemned his entire congregation and branded them as sellouts before he divulged one final, ironic detail.

“The only guy not involved is the white convert everyone thought was the informant.”

Halal Steak Had Very Haram Past

The results from a background check of a halal steak recently served at a Chicago area restaurant showed the animal led a demonstrably haram life.

“While the halal authenticity of this steak isn’t in question, the irony of its lifestyle is not lost on us,” wrote Inspector General Waleed Ali of the Halal Council of America.

Details from the report uncovered other disturbing finds.

“We were shocked to discover Beevs was in possession of a high interest-rate credit card, and often engaged in the wrong kind of marshmallows.”

On Friday, worshippers at a north side Chicago mosque observed Imam Hasan Takloz give a passionate sermon while peculiarly dressed liked St. Nick.

For 30 minutes, Takloz admonished his congregation to maintain their Islamic identity and not succumb to cultural norms, while the metallic bells on his wrist subtly jingled with each emphasis.

“I’m pretty sure my kid was on this guy’s lap this morning at the Lincoln Park Mall,” Hashim Khan whispered to a friend sitting next to him.

After prayer, the Imam announced that his sleigh was blocked-in by two Toyotas.

Bored Moon Sighting Committee Declares Eid For The Hell of It

Bored out of their minds, an area moon sighting committee decided to declare a random, never-heard-before Eid just for the hell of it.

The all male, veteran team of 6 struggled to find ways to be relevant, as the start of Ramadan was still over 6 months away.

“Our committee’s function is very specific,” explained 71 year old Abdul Malik as he played a game of bridge with the other men, robotically sipping on styrofoam cups of tea.

Through an audible yawn, Malik asked the team if they should just declare Eid tomorrow.

“I anticipated some push back, but the other guys just shrugged their shoulders and nodded without looking away from their playing cards.”

Malik resisted recent calls from the community to disband until necessary, and has indicated his group may declare several more Eids, now that they’ve set a precedent.