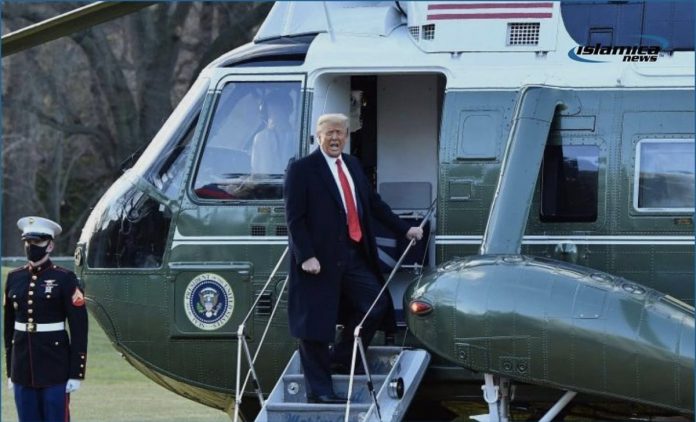 Seconds before Marine One lifted him away from White House grounds, Trump turned around and stunned observers as he shouted, “Allah-hu-Akbar!”

“He stopped for a second, turned around, and shouted the Muslim chant of ‘God is Great’ in arabic.”

Witness said they could hear ululations sound fade out into the sky.