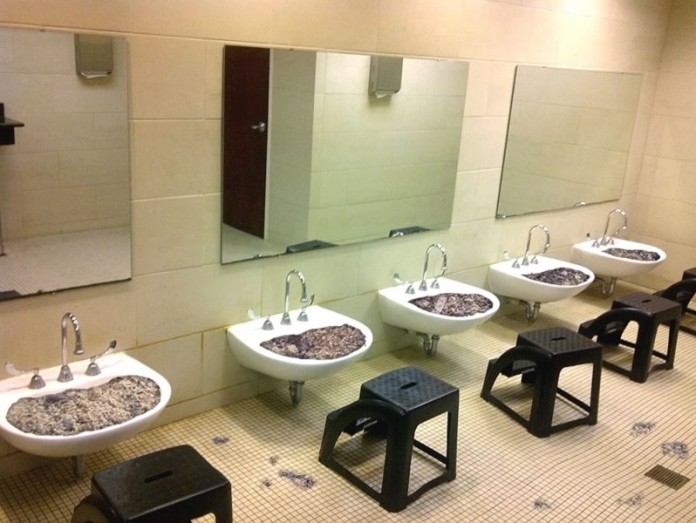 FREMONT, CA – Facing one of the worst droughts on record for their state, California Muslims recently responded by issuing their first-ever “Tayammum Order.” Tayammum, a form of dry ablution substituting water for sand or dirt, is now mandated across all Islamic centers in the state.

“We turn off water and fill wudu sinks with the dirt,” stated a mosque custodian. “It’s win-win. We don’t gotta wash dirty sinks. Plus we have finally have spot for dirt mound from last masjid construction project.”

Congregants across the state offered mixed reactions to the news.

“It’ll be an adjustment,” stated 17-year-old Khaleel Waleed. “There’s a lot of BO. I’m not sure these mounds of dirt will cut it.”

“I don’t mind doing my part to help conserve water but I take exception to them replacing the lota water with sand,” stated another congregant.

Others are much more pessimistic.

“Last time we tried this, people got desperate and used Brother Maruf’s perspiration for wudu. He’s a 300 pound sweat faucet,” stated a longtime worshipper. “It sounds disgusting but believe me it smells far, far worse than it sounds.”