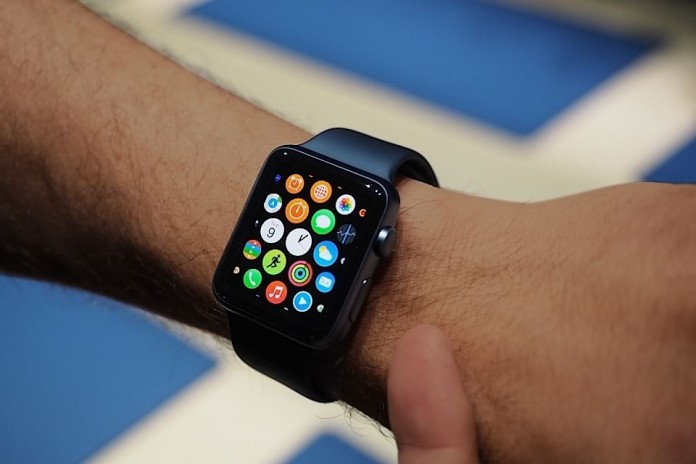 CHICAGO, IL – Ahmad Khaleel, one of the millions who ordered the Apple Watch earlier this month, is one of the estimated 300 people actually receiving their order today. Despite production difficulties, Apple’s latest offering boasts many cutting-edge features. Khaleel’s reason for ordering the hot gadget, however, is far more basic.

“I was hoping it would help me be on time a little bit more,” boasted the proud owner. “I’m always late to stuff. Maybe having a $1,200 reminder on my wrist will make me look at it a little more often.”

Unfortunately for the 36-year-old entrepreneur his watch crashed during his morning commute, distracting him and leading to a collision with a utility pole.

“I was amazed looking at my heartbeat but then the screen went white and thought I was dying,” stated the man. “Then I had a panic attack and the next thing I know, I’m talking to a police officer and running half an hour late to my morning meeting.”

Despite his troubles, Khaleel is powering through the rest of his day. Thus far, he’s been late to all but one of his appointments.

“As sad as it sounds, it’s progress. I probably would’ve been late to all of them last week,” noted Khaleel. “In fairness, the watch overheated and burned me during a meeting. But at least that made me wrap it up and get to my next one on time.”

Khaleel hopes, “Maybe it’ll get [him] to Friday prayer before the second rakat” and excused himself from the interview after realizing he was late to his next appointment.