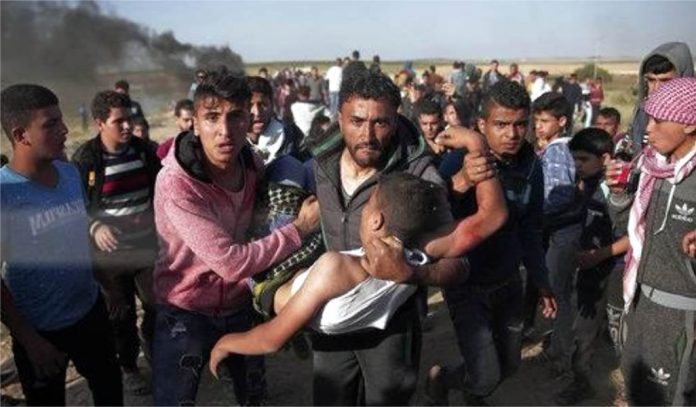 Israeli authorities are baffled as they investigate mass deaths in Jerusalem following recent Palestinian protests. The death toll is somehow rising despite Israel doing nothing harmful whatsoever and just minding it’s own beeswax. They swear.

“These people seem to have gotten dead on their own,” shrugged Chief Investigator Uzi Rayfel. “We don’t understand it. They’re probably terrorists or slipped on banana peels.”

“Perhaps both,” he added.

One popular theory claims Palestinians protesters mistakenly walked in front of innocent Israeli snipers as they were “protecting” a small patch of dirt. Others believe Palestinians are intentionally walking under rockets to “make themselves dead.”

When asked why they would do that, Rayfel quickly responded, “Because terrorists.”

Online theories include a rare airborne illness called “bulletosis”, allergies to rocket-propelled grenades, and Palestinians protesters killing each other “just to make Israel look like the bad guy.”

A small minority claim this could be a continuation of decades-old genocide, however Rayfel was quick to dismiss that, claiming, “It’s a Hamas thing, you wouldn’t understand.”

At press time the Muslim world was oddly silent, once again.