Detroit, MI – After airing its ninety second Super Bowl commercial last Sunday, Jeep issued what it calls an ‘ad-recall.’ The division of Fiat Chrysler Automobiles experienced a wave of backlash on Twitter by people who felt the ad was anti-American. The spot featured scenes from around the world set to a rendition of Woody Guthrie’s “This Land Is Your Land.” One of the scenes included a Muslim woman in hijab standing in ‘some foreign land.’

One twitter user wrote, ” I just shat the bed when I saw that jihadi girl to the tune of an AMERICAN song! P.S. Send toilet paper. #charmin” 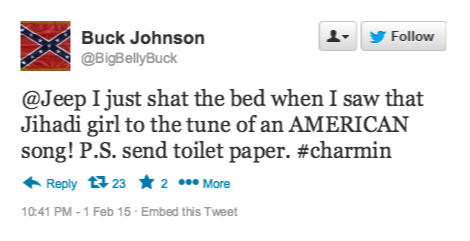 Jeep announced it will release a similar version of the original commercial, but with images from America’s heartland.

One of the new scenes will replace the foreign woman in hijab with a KKK member dressed in an ‘American burka.’

Other scenes include a blonde woman angrily telling something brown to go back to its country, a pudgy five-year old boy with his head stuck in a super-sized fountain drink, Michael Brown’s police confrontation video, and a 30 second slow-motion montage of old men in ladies underwear twirling and firing rifles into the air.

“We believe this new version will appease those upset by the original commercial, and will appeal to their unique interpretation of inclusion,” said a spokesperson for the auto maker. 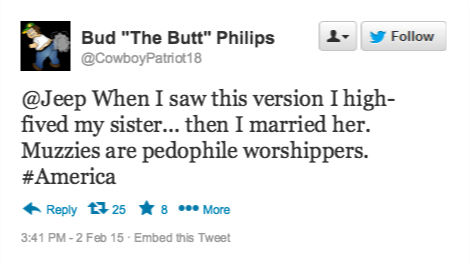 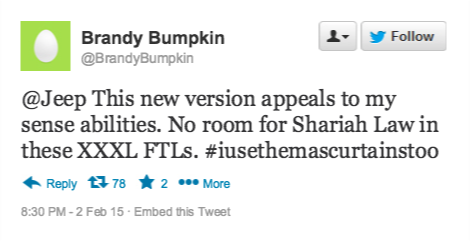 The commercial is expected to air during the next televised NASCAR race.